EIG at a glance

EIG at a glance

Euroins Insurance Group (EIG) is one of the largest independent groups operating in Central, Eastern and Southeastern Europe. The company is focused in providing a full range of insurance products in the areas of general, health and life insurance. Sofia-based group operates in 12 European countries, has over 3 million clients, 3000 employees and annual consolidated GWP of nearly EUR 700 million for 2021. The companies in Bulgaria and Romania are amongst the first three companies in the ranking by annual GWP respectively 13 % market share for Euroins Bulgaria and 18% market share for Euroins Romania. 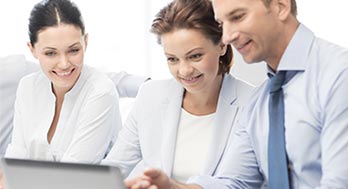 The main objectives of the company are

Euroins Insurance Group (EIG) is a subsidiary of Eurohold Bulgaria - a leading energy and financial group operating in Central, Eastern and Southeastern Europe. It is listed on the Bulgarian and Warsaw Stock Exchanges. Eurohold is owner of Electrohold, a leading energy group in Bulgaria with a 40% share in power distribution. Electrohold is a legal successor of CEZ Bulgaria after Eurohold, the largest publicly listed holding in Bulgaria, acquired, through its wholly-owned unit EEEC, the business of Czech energy group CEZ in the country. Electrohold Group includes seven companies among which key ones are: ElectroDistribution Grid West (EDG West) - owner and operator of the largest electricity distribution grid in Bulgaria (the one in Western Bulgaria with a total grid length of over 58 000 km); Electrohold Sales - the largest power supplier for household customers on the regulated market, a supplier of last resort and a licensed trader of electricity for small and medium-sized enterprises on the free market; Electrohold Trade - the largest power supplier and wholesaler for large corporate customers on the free market. www.eurohold.bg  www.electrohold.bg